In fourteenth-century Catalonia, as well as in most European territories, clothing expressed a sort of coded language that went beyond its mere functionality and was shared by both men and women. Clothes gave visibility to the natural order that governed medieval society. They differentiated people by gender, age, and social standing, including the eventual marginal position some groups occupied due to ethnic and religious reasons. Rich garments, either wrapping the body or covering buildings and furniture, were one of the pillars that sustained the symbolic representation of power. Among the splendid pieces of clothing that formed the wardrobe of Queen Eleanor of Sicily, this paper focuses primarily on the typological identification and analysis of four outdoor attires: the cotte, the cottehardie, the courtepy, and the aljuba. The drawings included in this paper are an approximate reconstruction of the typology and the magnificent embroideries and fabrics of some of the queen’s dresses. A quick look at the boudoir of the royal wardrobe has allowed us to discover the feverish activity of tailors and embroiderers engaged in making, repairing, and reusing the rich robes of Queen Eleanor of Sicily. 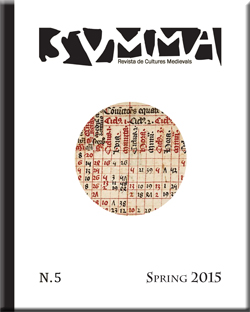