Saber, Sen i Trobar: Ramon de Cornet and the Consistory of the Gay Science

The study of 14th-century Occitan poetry has been overshadowed by its alleged subjection to the poetics of the contests organized by the Toulousain Consistory of the Gay Science. Moreover, most scholars have criticized the Consistory for trying to impose an excessively contrived poetic form, coupled with moral or pious contents, in compliance with Christian orthodoxy. The few authors from that century who do not completely match that framework, such as Ramon de Cornet – paradoxically, the author with a greater amount of preserved works and with a wider diffusion - are considered an exception and even, in his case, an eccentric figure. But when studying Cornet within his most immediate literary context, it becomes apparent that 14th century poetics are the natural evolution of the late troubadour tradition and are in no way limited to the alleged consistorial pressures. This can be illustrated by Ramon de Cornet’s “Al noble cavalier”. 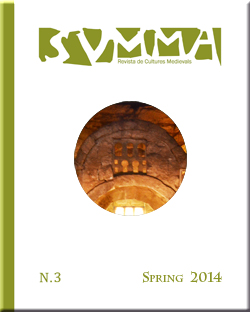