CULTURE AS AN ENGINE IN PALO ALTO’S URBAN REGENERATION PROCESS

Changes in the economic base of old industrial cities have been characterised by
urban regeneration processes, transforming their industrial districts into new
innovative, technological and creative territories. While maintaining the industrial
vocation, this shift promotes the reinterpretation of industrial production and of the
territory’s historical past into new symbolic meanings and values, constituting assets
in the global city competition scenario. From these new forms of industrial
production territorial changes result, with culture and innovation being a leading
engine in such transformations. This article discusses the results of these economic
based policies in Palo Alto’s urban regeneration process. This complex is one of
Barcelona’s leading examples of industrial reconversion into a creative hub, through
the uses of entrepreneurial initiative, cultural production, heritage valorisation, and
the creation of new public spaces. 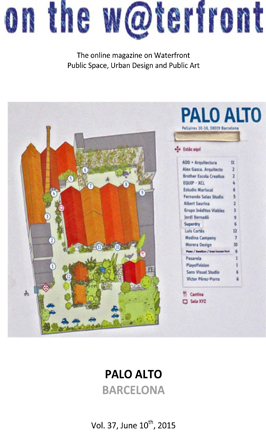