Baro de Viver and Bon Pastor are two of the seven neighborhoods that make up the San Andrés district of the city of Barcelona. These neighborhoods are the result of the evolution of a series of urban processes that have as their beginning the migratory waves to Barcelona at the beginning of the 20th century, with the achievement of the problem of social housing at the beginning of the same century and the construction of social housing estates commonly called “cheap houses”.

These settlements were built in 1929 by the architect Xavier Turull, and located in the peripheral areas of the city in isolation without any connection to services and equipment.

Over time, these neighborhoods have experienced a series of processes that have intensified their peripheral and marginal status in the rest of the city. At present, the residential areas of Baró de Viver and Bon Pastor are immersed in areas whose use is predominantly industrial, contributing to the deterioration of the public space and the neighborhood. Added to this, there are a number of projects such as the Ronda Litoral and the road junction of La Trinidad, which increase their condition of segregation and isolation.

Within the framework of the urban design project management workshop, the aim is to address these problems, elaborating proposals for public space, which contribute to improving the condition of the same, and which favor connectivity between the neighborhoods and the city. 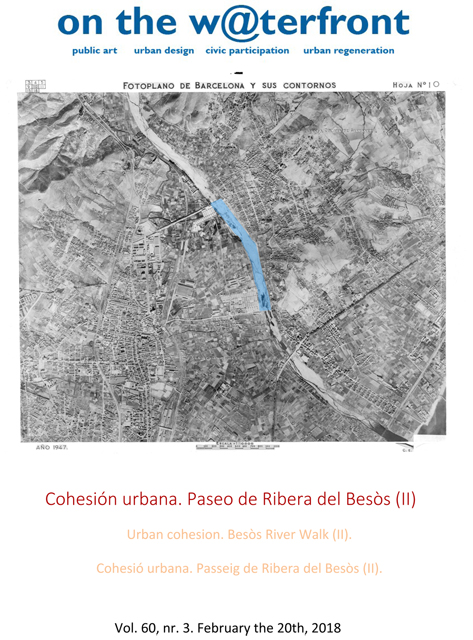