The Sienese hospital of Santa Maria della Scala is proposed for discussion. The reasons for that are many: the majesty and the rich artistic heritage of the building and the strong civic identity it embodies, represented by its material and symbolic centrality in the urban fabric; the effectiveness of the solutions and the economic support structure for assistance it provides; the fact that, from the end of the 14th century onwards, it served as a model both in Italy and accross Europe; and finally, and especially interesting to us, the consistency, variety and potential of its documentary patrimony. After describing the structure of its holdings, composed of 6,849 items (dated between 1240 and 1930) and the 5,566 parchments of the diplomatic collection (dated between 1194 and 1725) we will concentrate on the potential of hospital documents as sources for social, economic, institutional and political history. The examples will be drawn from Sienese documents on the understanding that they are also useful for a general comparative perspective. Siena, due to both its documentary wealth and several features of its history and economy, can indeed contribute much to our knowledge of the role played by hospitals within the social, economic and political system on which late medieval Italian cities were based and to the topic of the economy of welfare. 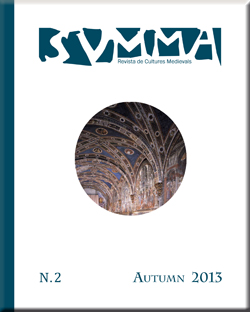