The scriptor "of the Moors and the newly converted": The case of García de Villoslada, notary public of Arabic in Malaga in the transition to Modernity

The present study aims to raise awareness and clarify the office of notary of Arabic in the Land of Malaga in the period between the end of the middle Ages and the beginnings of Modernity. To this purpose, it will be necessary to study and contrast a series of trades that served as a link between first the Mudejar community and, later, the Moorish community, and the Castilian community that settled in the territory of Malaga. A series of trades whose ultimate goal was to facilitate relations in different social spheres between communities with clear linguistic differences. We find trades such as interpreter, trujamán, romancer or notary public, but we are interested here in approaching and focusing our attention on the latter, for all that their work implies. In particular, we will analyze the figure of Garcia de Villoslada, notary public of the city of Malaga, who, according to our hypothesis, acted as a notary of Arabic. 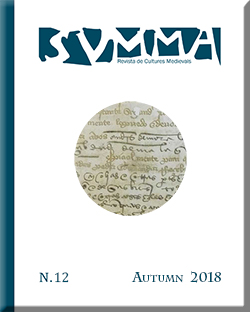