Back to the city Centre: Culture as a major growth sector for the city of Genoa.

The historic Centre of Genoa, that has suffered a rapid decline in the 1970s and 1980s caused by a severe crisis of port activities, start to find again its cultural and artistic identity thanks to the restoration and the valorization of all forms of movable and immovable cultural heritage, monuments, historical sites and buildings.
A series of international events will contribute to regained to the old city the lost political, economic and social importance: the Columbus Expo in 1992; the G8 Summit in 2001 and the Genoa European Capital of Culture in 2004.
In these occasions the old harbor, closed to the citizens until the 1992, was renovated in part by Renzo Piano Building Workshop, becoming the area that today we call Expo.
This project is only a first step in a path of requalification which must still be concluded: after the Affresco, the urban vision suggested by Renzo Piano to Genoa in 2004, in the 2016 the architect present a second proposal, the BluePrint.
The important events that Genoa hosted from 1990 to now were a stepping stone for a series of cultural proposals not only by institutional bodies but also by private or association networks, that invest in artistic initiatives in order to revitalize the peripheral areas of the historic Centre. 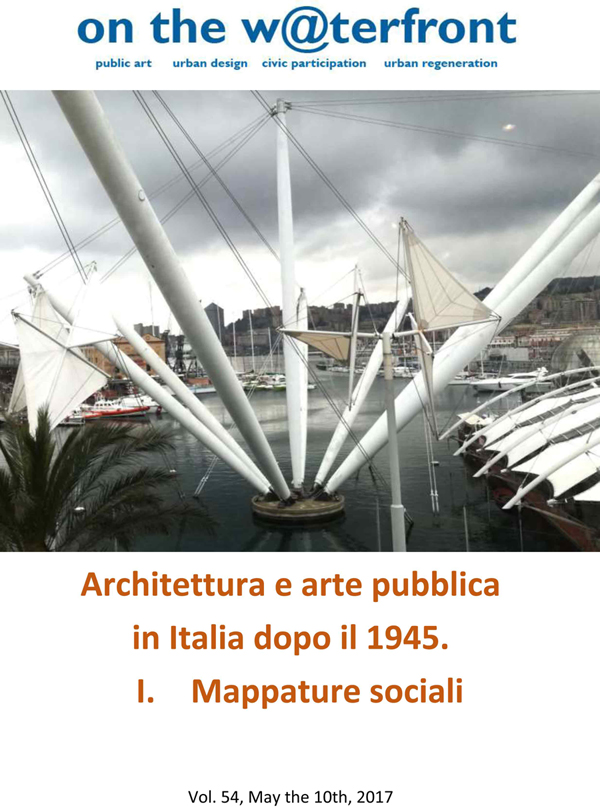 Piatti, Alessandra. 2017. “Back to the City Centre: Culture As a Major Growth Sector for the City of Genoa”. On the W@terfront 54 (May):41-58. https://revistes.ub.edu/index.php/waterfront/article/view/18657.
Download Citation