Porto Alegre (Brazil) in the 1970s: Authoritarian State and Abstraction in Public Space

During the 1960s and 1970s, a number of South American countries went through devastating military regimes. They were supported — if not organized — by United States as a form of preventing a growing leftist influence in the continent and a possible “realignment” of such nations with the Soviet Block. The main dictatorship in Latin America occurred in Brazil, Argentina, Chile and Uruguay.
In March 31 of 1964, Brazil deepened itself into the Military Dictatorship, which lasted more than twenty year, the longest dictatorship regime of the continent. At the time, under the presidency of João Goulart (elected as vice-president in 1960 that had sworn as President when the President Jânio Quadros resigned, in the following year). The Goulart administration was tumultuous and followed by political instability mainly due to the measures he wanted to put in action in the country as well as by the rather conservative environment, which offered great resistance to his policies. When the president Jânio Quadros resigned in august of 1961, João Goulart was in a diplomatic mission in Chine. The military forces and the conservative members of the congress prevented him from taking the oath and a civil war almost took place by sectors eager to guarantee he would be allowed to take the presidency. Goulart undertake of his place, as President was only

possible due to a popular movement, which occurred in the city of Porto Alegre, in the South of Brazil. In that, respect the coup was only postponed...
João Goulart was a rich farmer from the state of Rio Grande do Sul and was the greatest leader of a faction called “Trabalhismo” (under the Partido Trabalhista Brasileiro) of popular appeal and with significant support from the worker’s class. Its policy, from “communist inspiration,” according to opposition, was nothing more than popular measures of a social-democratic matrix. Goulart used to call his proposals by “Reformas de Base” [Base Reforms], that is: Educational Reform (from fighting literalness to changes in the higher educational system); Tributary Reform (with greater control of sending reserves abroad); Electoral Reform (right to vote for illiterate and the military of lower ranks); Land Reform (des-appropriation of unproductive land); Urban Reform.
In March 31 of 1964, now a well plane military coup would become a reality and President João Goulart was removed and send to exile. The militaries (Army, Navy and Air Force) took the government. For a few days, the president of Congress took the presidency and a great deal of political and syndical leaders, public officials, members of the military, were removed from offices and exiled. An indirect presidential election was made with the support of a submissive congress which place in the presidency the marshal Castello Branco (1964-1967). An authoritarian government was set in motion. However in 1968, forced by the democratic resistance at the second military term, under the presidency of the marshal Costa e Silva (1967-1969), the military dictatorship was aggravated and took the form of State Terrorism with clandestine prison, torture, murdering of opposition leaders, culture and press censorship without precedents. Because of that, part of the resistance to the military

opted for organized guerrilla fight in distant regions of urban centers.
This period of the Brazilian Military Dictatorship, which correspondent to the years of 1968 to 1974 (at the end of the President-general Emilio Medici dictatorship), became known as the “Anos de Chumbo” [Years of Lead], due to the great number of terror acts employed by the state. About the economic aspects, in the same period the country went through what became known the “Economic Miracle.” With an extraordinary superavit of the economy, up to 10% a year (mainly due to the ingress of foreign capital). The greatest inheritance however of such “miracle,” which didn’t last throughout the following decade was the public deficit (Dívida Externa) and inflation rates without precedents, as well as a concentration of wealth at the hands of few which made from Brazil up to today one of the countries with the largest gap between the rich and the poor.
Only in 1985, with the election by the Congress of the civilian opposition leader Tancredo Neves for the presidency the country would officially leave dictatorship behind. Unfortunately, Tancredo Neves would die before taking the presidency and his vice-president, a representative of the old and most backwards oligarchies of the country politically tied to the supporters of Military Dictatorship. Only in November of 1989, the country would have its first presidential elections after 29 years of dictatorship. 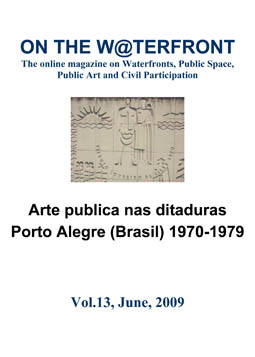