Analysis of the material nature of public space. The case of the new “Camp de l’Arpa” Square (Barcelona)

In 2015, after several years of constant neighborhood demands, it was inaugurated in the place that was once a vacant lot, the place that takes the name of the neighborhood, the Camp de l’Arpa square.
This new public space in the city of Barcelona, despite being an urgent requirement of the neighbours, is currently being underutilized. On a first visit of observation, it was observed that among the many causes of this situation, a significant percentage derived from the materiality of public space: pedestrian traffic is affected by several slopes that form the ground plane; the pavement, is not the best choice for a public space and do not fulfil the requirements of a good finish, is shown aged and deteriorated; curbs and platforms finishing have dangerous angle endings; space design has numerous disadvantages for maintenance;
It is not an inclusive place. Faced with these circumstances, the interest emerged to look into how the design of space and materiality could be affecting the frequency of use of the square. Through the expressive and technical analysis of the materials that make up the landscape of this site, it was possible to draw some conclusions that enabled an approach to its problems.
Among the problems encountered, it is worth noting how the unevenness of the square, along with the sharp edges of the seat cushions and floor plates, prevent seamless movement of users and generate risk situations. Another analysed inconvenience that influences the lack of interest in staying in place, was the perception of hardness caused by the materials used, combined with an inadequate provision of green components, producing a chromatic low range environment. The use of certain materials, fused with an architectural design that is not functional for a square, make this space an unsustainable and unattractive place for use 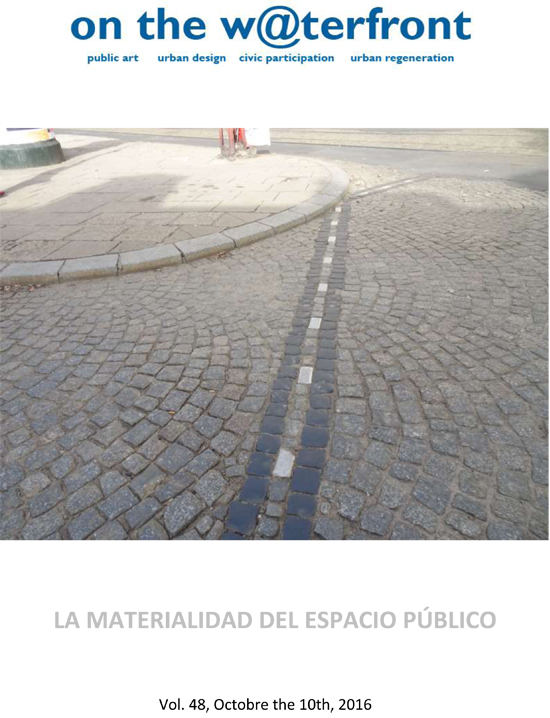