Memories form an essential part of a social and urban city’s identity. Into the spatial context is established through the objects, processes and places that symbolize the historical experiences of the citizenship. Urban design has the ability to transform a city through “urban project” by integrating the city’s memories attributes into urban landscapes, as well as, architectural design, generating a link between the territory –its past, present, and future– and finally, the monumental proposal. The value of public art impacts the process of urban development as a tool to give the city an image and perception, giving a chance to social interaction.
Public Art works as a transmission channel through mechanisms that generate symbols and give the public space its texture and quality. Different methods carried out throughout the twentieth century have established a dialogue between the previous “monument’s logic” and the practices of the more recent decades, creating formal links, but new artistic languages. This situation has affected the development of memories’ policies, as it has public art policies, which have generated strategies for public interventions to a large extent. Through three case studies, this dissertation approaches the 21st century practices, analysing the materialization and process carried out, all the while highlighting the substantial importance of citizenship participation in such projects.
The city of Barcelona was chosen as a local example of the global theoretical discussion, where its urban evolution in the monumental, memorial and public art field has developed in a large way. 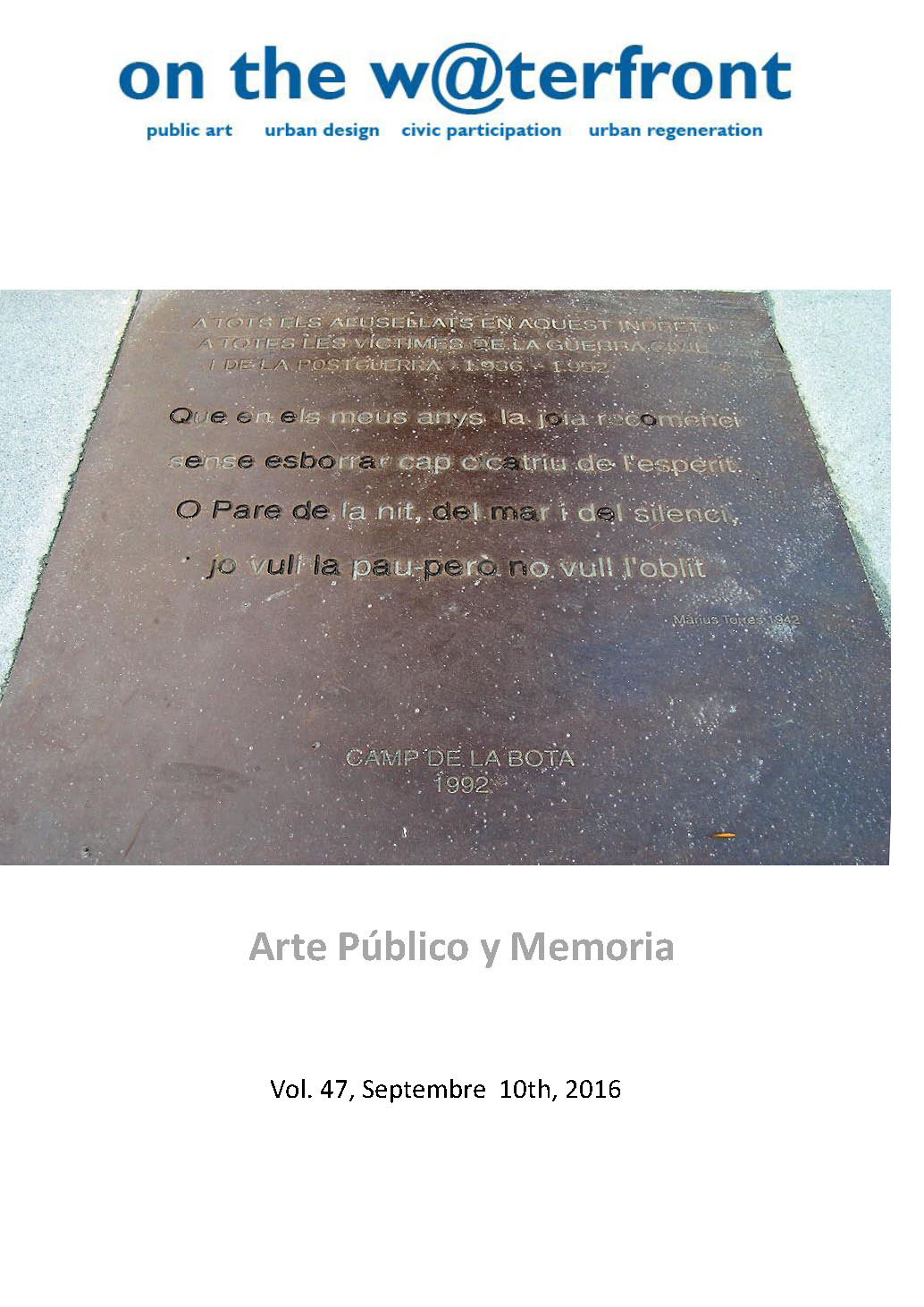