The birth of Lima: the imposition of a new order

Lima, the capital city of Perú, settled in a dessert valley in the Pacific Ocean coast was born as an agricultural town which developed into a metropolis in the last century. This change was leaded by western city planning, neglecting its own historical and cultural ways of doing so. This new urban configuration was imposed over its local sense of spaciousness, sweeping out Inca and pre-Inca landmarks such as roads, constructions and temples, emblematic monuments of local culture whose loss, with time leaded to an estrangement of the indigenous soul with its own territory and culture.
With President Leguía’s government (1919-1930), arose the need to search again for a native culture as a means to restore or create local identity, giving birth to a nationalist and cultural movement, the “Patria Nueva” (New Motherland). This coincided with the commemoration of the Peruvian Independence Centenary (1821-1921) and the Ayacucho Battle Centenary (1824-1924), events that propitiated important urban renewal projects, including many monuments that with time turn to be the most important public art program in the city’s history.
Besides the eight monuments that already existed inside the city’s perimeters, this public art program added about twenty three new monuments and public spaces, between which stood out those made by the artists of the Indigenists Movement, who intentionally used pre-Hispanic iconographical elements. Although the great artistic value of this monuments, the iconographic motives incorporated didn’t really imply a profound change in the formal and aesthetic design and conception towards a much wished rescue of national identity values.
Therefore, keeping this monumental patrimony as part of Lima’s memory and history is a way of restoring its value as opposed to the chaotic transformations of the current urban environment. 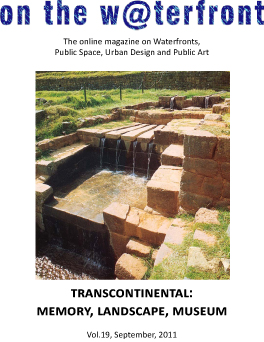