Lisbon’s growth of the population starting from half of the XXth century forced, central and local authorities of
the Estado Novo, to the development of a series of residential plans for social housing that was based in the
expropriation policy carried out by the mayor of the city, at the same time that Secretary of the Public Works,
Eng. Duarte Pacheco.
Diverse housing operations extended to the long and wide of the city, but, especially, they were
developed in the oriental area of the city. Olivais appears today, with the neighborhood of Alvalade, as two of
the paradigms of application of the ideas of the modern movement in the urban development.
In this case, also, this application went total when incorporating the synthesis of the arts in the
construction of the territory 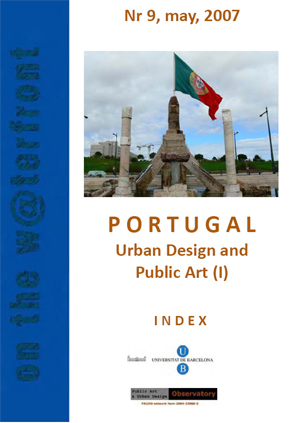