FROM BOUNDARY TO THE ENHANCEMENT OF HERITAGE: DISTRICT OF SAN ANTONIO PUEBLA MEXICO

The city of Puebla and its historic center despite being in the cities considered World Heritage Site by UNESCO, is losing some of its wealth by projects that have not benefited the area. Despite this, it retains important areas that remain with customs and traditions that make them unique. One such example is the neighborhood of San Antonio, one of the most feared and stigmatized in the city of Puebla by the presence of gangs and that was the tolerance red zone for forty years. This paper tries to show the origin of this neighborhood that has always struggled with the concept of limit, first considered the outskirts of the ancient city, a provider of materials for the construction of the city, container of equipments and services, peripheral to the monuments area with a patrimonial delimitation that has benefited it but also affected it. But how reassess a neighborhood like San Antonio?, in response to this question has made a book that will promote the wealth of the neighborhood of San Antonio. 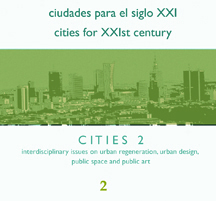 Hernández, Adriana. 2015. “FROM BOUNDARY TO THE ENHANCEMENT OF HERITAGE: DISTRICT OF SAN ANTONIO PUEBLA MEXICO”. On the W@terfront 40 (2):7-29. https://revistes.ub.edu/index.php/waterfront/article/view/18692.
Download Citation