In the 1990s, the final degradation of the state railway system promoted by President Carlos Menem in the framework of a series of neoliberal norms meant, paradoxically, that the material remains became an attraction for regional public art. At that time, the Municipal Museum of Art of Bahia Blanca promoted a National Symposium of Monumental Sculpture inviting ten artists to use iron scrap based on the modern paradigm of autonomous art. The works were installed in a part of the tunneling of the stream Napostá, that was integrated to other actions of urban planning that valued the north zone of the city. The new linear park began to be called Paseo de las Esculturas. [“Park of Sculptures”].
Two variables reaffirm the category of public art in this activation of the railway memory. Firstly, the space where they are located is public, since it is state-owned and, above all, it is freely accessible. In turn, the subsequent debates about non-traditional artistic support, the placement of fences in three of the works and the costs of the sector’s valorization in 2016/17, imply an operation that has superimposed a political-ideological dimension (public sphere) to a territorial one.
On the other hand, in the document collection the word “public” has been used in reference to social representations related to the exhibition and reception. The durability of the old railway irons has allowed the forms installed in the linear park to be constructors of different intellectual schemes, which have mostly not referred to the stories that have gone through the material or the actions that disarticulated the transport system.
In summary, although the Paseo sculptures introduced monumental non-figuration in a sector of the Bahian urban fabric and fulfilled a pedagogical role of artistic actualization, they have not operated as adequate devices of memory. 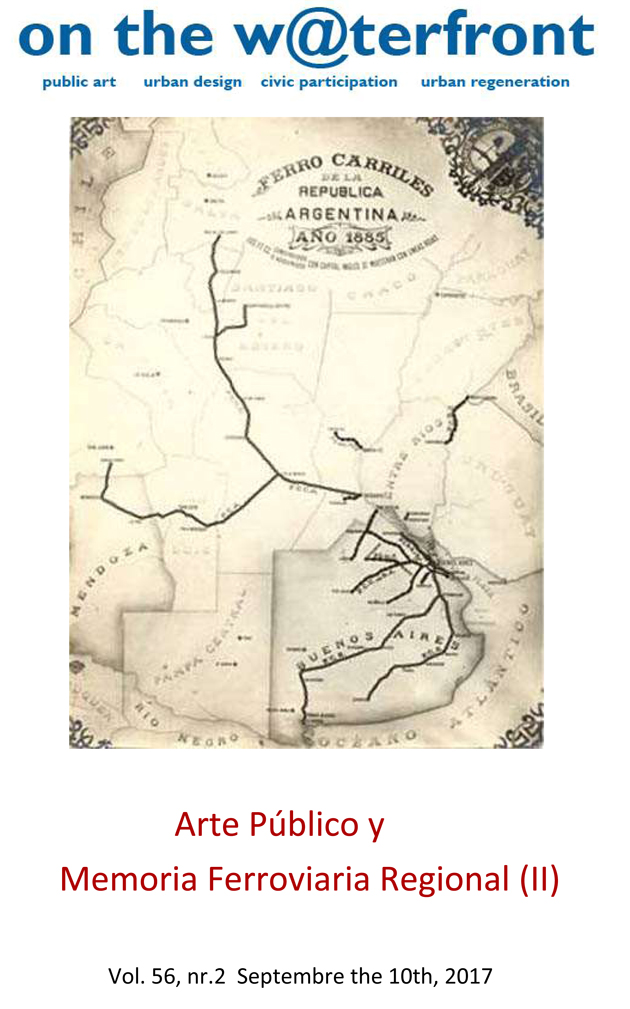